Sword Art Online
Heya :3 It's the SAOMMO team here and we would like it if you guys signed up! The forums are filled with loads of stuff to do so come on in!

Or you'll get PKed inside a safe zone by our admin powers. Derp.

I'm sitting here in the dark, writing this on a small piece of paper I found beside my bed. I'm in the dark with no light at all because of my shadow. It's haunting me. I can feel it pulling down on me, grasping at my feet as I walk. I'm terrified of it. I don't know what to do anymore, and I don't think I have much time left. The light outside my window is getting brighter. It's six o'clock in the morning, what else would I expect? It's coming. I can hear it scratching at the edges of the light, waiting to be free.
Maybe I should start from the beginning.
My name is Samuel. I live in a small house in New York, near a very small forest. I came here to achieve my life-long dream of being a writer. Soon after arriving, I started noticing weird things going on. Never in the darkness though. Only when there was light around me.
It started off simple. My phone would go missing, or my keys. I'd find them in my room on the dresser, knowing damn well I didn't put them there. A few weeks of this going on, I began to have trouble sleeping. I started looking up things about the paranormal, and what could cause memory loss of where I would place my items. Nothing really seemed to match. I began to think it was all in my head and started living normally again.
One morning, when I was getting ready to go out with my family to go eat a restaurant, I saw something frightening. While I was brushing my hair while looking into the mirror, I saw my hair falling out. Not strands or anything minor. Clumps of hair. I dropped the hair brush and grabbed at my head, feeling a full head of hair. In the mirror, my hair was still falling out. I quickly turned and left the room.
Nothing has really happened after that except for one incident. I was walking to my room and I walked past my roommate's room. Their light was on and I stepped past the stream of light flooding through under their door. I saw the shadow of a hand to towards my feet. I felt them grasp my ankles. It pulled at me and I fell, hitting my head on the corner of the wall.
Now I'm here. Afraid of the light, and my own shadow too. I don't know what to do anymore. Can anyone help me? Anyone? Please?

(( I plan on keeping this as a Creepypasta that will be continued. I will type like this when it's me talking. Without parentheses, it's my character, Samuel. Just letting you guys know that. ))

This is particularly interesting. I really like how you have changed the basics of a scary story in this. The dark is not to be feared as the light brings the shadow...

Cool!
Keep this up I think. E.g. have him go back to a city, see a doctor/phychiatrist and maybe the doctor's shadow moves separately to the Doctor himself, who of course is oblivious...

This has potential so think up some ideas and keep it up!

(( Thanks for the review. I have a few things planned for the future, but I'll keep that in mind. =D ))

I guess this is an... update... I've been staying with my friend for the past few days. He's nice and all, but I feel extremely paranoid around him. I feel like he doesn't trust me... or doesn't feel safe around me... Maybe he's right though. Maybe I am a danger to those around me.
I've decided to leave and go back to my house. If this thing wants me dead, it would have killed me already. Right? Well, I'm still alive and if it's just fucking with me until it wants me dead, I'd rather not have my closest friends killed in the process.

The reason I went to my friend's house was because of what happened the night before I left. He was here and we were watching movies and playing games. I was finally feeling safe in the light. He lost his phone so I helped him look for it. We smoked a cigarette shortly before he lost it, so I walked outside to see if it was there. It was around two in the morning and it was fairly bright outside because of the full moon.
I walked around the carport and looked for his phone, but I didn't see it. As I was walking inside, I heard something run behind me, then a shovel leaning on the wall near me fell. I ignored it, guessing it was my pit bull, Rayne.
I got back into my room and lifted the curtains to see if he put his phone on the window sill. It wasn't there, but I noticed that the shed in the backyard was open. The door has no handle on it and can only be opened from the inside, or with a crowbar-like object to pry it open with.
Not wanting my German shepherd that was locked in the backyard to destroy anything that was in there, I walked outside and turned on the flashlight on my phone. I went around the house and got to the gate that leads to the backyard. As I was about to open the gate, I noticed that Raven (my German shepherd) was standing next to it on the right. I shined my light at the shed to see if something fell to open the shed door. Nothing seemed to have fallen. Behind the shed, I saw glowing red eyes. It was taller than both of my dogs and was definitely not human.
I ran inside and locked the door. I told my friend and we turned off all of the lights in the house and sat in darkness for four hours, until six in the morning. At that time, the sun began to rise. During those four hours, we both heard noises from outside and the attic. My pit bull was inside with us because she was whining outside the front door. She never goes near the door. She was scared of something too. When it was morning, I went to open the door and let her out, and she refused to move at all. She's terrified of whatever it was that was out there, and my friend and I am too.
If anyone can help me at all about what this thing haunting me is, please let me know. I need to know if there's a way to stop it, or kill it even.

The things about the shed = true story.
I was present. 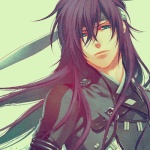 (( Yeah... I closed the shed earlier today. Tetsu tried to open it from the outside and couldn't. At least it was good inspiration for the update. ))

My friend called me earlier today. He managed to convince me to allow him to spend the night with me. He found this update thread somehow and told me that after I left, he began to see things too.

My friend just left. Last night, he walked out of my room to use the bathroom and I stayed in my room by myself to finish reading a story I liked. My window in my room opened. I couldn't see what opened it through the curtain, but I turned and quickly rushed to my door. I stood there for a few seconds, staring at my window. Something was there. I could sense it. Just as my friend opened the bathroom door, I saw an arm push the curtain forward, as if trying to get into my room. I had the window unlocked that one time because I was smoking inside my house. The one time I unlock it, something tries to get inside my room.
The window is locked again and I don't plan on opening it any time soon.
My friend also left recently. He never saw what happened, but I think he believes me about it. I at least hope he does.

Nothing has happened since he left. I've heard a few noises coming from the attic, but everything seems fine. The shed door hasn't reopened, at least. I hope it didn't follow him.

It has been months since my previous update. It seems like everything calmed down. It was just a phase of some sort.

But no. We're not all... safe. Not all dandy in candy land. Fuck no. Everything is wrong. Everything is right. I don't know what to think anymore. My friend wont respond to my calls or texts. I think he's dead, or in hiding. I honestly don't know. Every little noise scares me now. No where is safe. No time is safe. No amount of light is safe. I can see what's been following me clearly now. It's literally my own fucking shadow. Except it's not like... a NORMAL shadow. My shadow... isn't always around me. It's not always with me. I wake up at night hearing voices. MY OWN FUCKING VOICE!

But the voice isn't mine... It's my shadow talking. I don't fucking understand what's going on. I feel trapped inside of my self at this point. I can't even tell if I'm me, or if I've been the shadow all along. I just don't know anymore...